BLOOMINGTON, Minn. – Final preparations for The 149th Open at The Royal St George’s Golf Club in Kent will soon be complete, thanks to the hard work of a dedicated team of greenkeepers and a fleet of Toro® equipment. The Open returns to Royal St George’s for the first time since 2011, marking the 15th time the course has hosted the Championship.

Originally scheduled for July 2020, The 149th Open was cancelled due to the COVID-19 pandemic — the first time since World War II that the event did not take place. Players will compete from 11–18 July 2021, and up to 32,000 fans are expected each Championship day.

Royal St George’s has undergone months of preparations to welcome players, spectators and members of the media — and Toro and its UK distributor, Reesink Turfcare, are honoured to provide equipment and support for this historic event. The world-famous golf course began its long relationship with Toro with a fleet deal in 2013, and that relationship has continued with the installation of new irrigation in 2018 and the lease of additional equipment in 2019.

After installing the Toro Lynx Central Control System and over a thousand sprinklers across the greens, tees and fairways in 2018, course manager Paul Larsen and his team have been able to target irrigation to the areas that needed it most — conserving water through a series of very dry and hot summers. According to Larsen, the system has been instrumental in helping to maintain the highest standards leading up to The Open.

“Royal St George’s is considered one of the world’s best golf courses, and we are thrilled that they have chosen Toro equipment to create optimal playing conditions on their course,” said Peter Moeller, vice president at The Toro Company. “Like the rest of the golf world, we are looking forward to the return of The Open. History is being made here, and we’re proud to be a part of it by supporting the greenkeepers at Royal St George’s throughout the Championship as well as in the future.”

Located in Sandwich, Kent, England, The Royal St George’s Golf Club is consistently ranked amongst the leading courses in the world. It was founded in 1887 by Dr. William Laidlaw Purves and was intended to be a rival to St Andrews.

Today, the challenging par-70 layout retains many elements of the original design, with dramatic dunes and many blind or partially blind shots. Its famed “Himalaya” bunker on the fourth hole is arguably the deepest in championship golf.

For information on Toro equipment and irrigation products for the golf industry worldwide, please visit toro.com/golf. 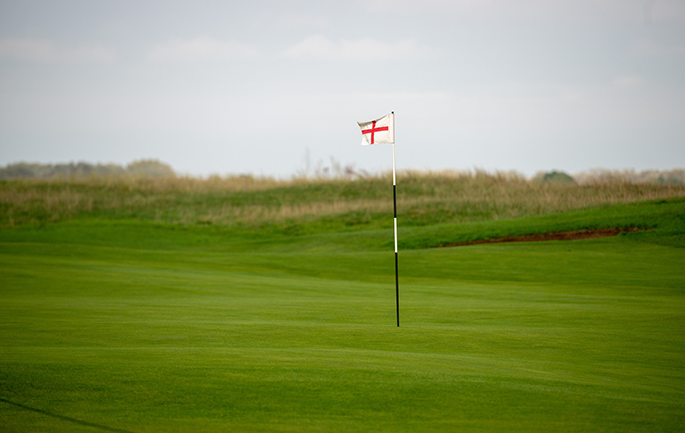 With roots dating back to 1914, Toro is a leading worldwide provider of innovative solutions for the outdoor environment including turf and landscape maintenance, snow management, rental and construction equipment, and irrigation solutions. Through a strong network of distributors, dealers, retailers and rental stores in more than 125 countries, Toro helps customers care for golf courses, sports fields, public green spaces, commercial and residential properties, construction sites and agricultural operations. More at: www.toro.com.